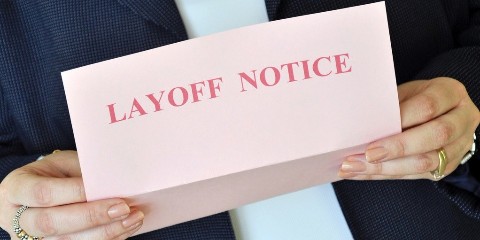 In recent days, there have been two articles frequently published on social media. One is Xibei's chairman, "Xibei Jia Guolong: the epidemic has left more than 20,000 employees unemployed and the loan payment can only support for three months"; the other is the Beijing King of Party, "A letter from the general manager to all employees".The popularity of these two articles can only tell one thing: Winter is coming.Since the outbreak of the coronavirus in Wuhan in January to the closure of the city, the government has issued a postponement announcement of resuming work.Most of the provinces have asked provincial enterprises not to resume work before February 10. Even so, considering that many places have adopted restrictions on the movement of people, such as suspending passenger lines in the province, no matter the actual return of workers or the transportation of raw materials, enterprises have not seen the hope of resuming normal production and business activities for the time being.Small and medium-sized private enterprises are relatively weak in risk resistance, in the face of this fierce outbreak, the future of small and medium-sized enterprises can be said to be at risk. On the one hand, the enterprise is unable to carry out normal production and operation activities; on the other hand, during the suspension of production and operation, the high operating costs such as labor cost, rent, and loan are closely haunting.In this predicament, many companies may have to consider cutting jobs to reduce their expenses.Downsizing is a sword of Damocles hanging over the enterprise and its employees. Once it falls, it will cause great harm to the enterprise or its employees.But escape can not solve the problem, only face the problem, can better go on.Let's talk about the legal practice of downsizing.Downsizing can be divided into economic downsizing, structural downsizing and optimized downsizing.In light of the current situation, we focus on economic downsizing.

China's laws and regulations stipulate that enterprises can lay off employees (including economic layoff) under certain circumstances, which is a right of enterprises.Let's discuss about economic downsizing as follows:

1.What is economic downsizing?

2. Legal reasons for economic downsizing (only the case where the enterprise is on the verge of bankruptcy and substantial operational difficulties is discussed).

1.What is economic downsizing?

Article 41 of Labor Contract Law promulgated in 2012 stipulated: “ In any of the following circumstances, the employer may cut off employees after explaining the situation to the trade union or all the employees 30 days in advance, and after listening to the opinions of the trade union or the employees, the downsizing plan shall be reported to the Labour Administrative Department when there a need to cut more than twenty or cut less than twenty employees but accounted for more than ten percent of the total number of employees:a.reorganization in accordance with the provisions of the Enterprise Bankruptcy Law;b.serious difficulties occur in production and operation;c.the employer still needs to lay off employees after the change of production, major technological innovation or adjustment of the mode of operation;d.the labor contract cannot be performed due to major changes in the objective economic conditions on which the labor contract was concluded. When downsizing, the following personnel shall be retained with priority: a.those who have concluded labor contracts with a fixed period for a long term;b. those who have concluded labor contracts without a fixed period;c. in whose family there is no other employees, and there are old people or minors in need of support.Where the employer cut off the employees in accordance with the provisions of the first paragraph of this article and recruits new personnel within six months, it shall notify the laid-off employees and give priority to the them under the same conditions.” This clause stipulates that the enterprise can only carry out the layoff according to the legal procedure under the legal reasons.

Article 27 of the Labor Contract Law amended in 2018 stipulated: “ the employer may cut off employees after explaining the situation to the trade union or all the employees 30 days in advance, and after listening to the opinions of the trade union or the employees, the downsizing plan shall be reported to the Labour Administrative Department, when the employer is on the verge of bankruptcy and is undergoing legal rectification or when serious difficulties occur in its production and operation,and it is necessary to reduce the number of personnel.Where the employer cut off the employees in accordance with this provisions and recruits new personnel within six months, it shall give priority to rehire them under the same conditions.”

From this, we can conclude that economic downsizing refers to the employer's one-time dismissal of part of the workers, as a means to improve the production and operation conditions, the purpose is to protect their competitiveness and viability in the market economy and make through temporary difficulties.

Economic downsizing shall be initiated only by the occurrence of legal reasons, which are mainly as follows:

2.1 Reorganization in accordance with the provisions of the Enterprise Bankruptcy Law

According to relevant laws and regulations, only when the enterprise is insolvent and on the verge of bankruptcy, the debtor or creditor can directly apply to the people's court for restructuring of the debtor in accordance with the provisions of the Bankruptcy Law.Once the enterprise is declared by the people's court to enter the period of legal rectification, at this time based on the operation needs employees can be laid off. It should be noted here that the enterprise should provide the letter of civil order issued by the court for the reorganization of the enterprise and lay off employees in accordance with the statutory downsizing procedure.

China's current law does not provide a clear definition of "serious difficulties in production and operation".In judging whether an enterprise has "serious difficulties in production and operation", there are different regulations in different regions. Take Beijing for example, it sets a standard that operational losses occur in three consecutive years and the losses increase year by year, insolvency, 80% of the staff and workers are idle waiting for work, it is unable to pay the minimum standard of living expenses for six consecutive months.” While in Shanghai, an enterprise that has incurred losses in its production and operation may, if the following conditions are met, implement economic downsizing:A. The following measures have been taken:Stop hiring; Dismiss all kinds of external personnel (including non-local labor force);Stop working overtime;Reduce payment, but if the average monthly salary of the employees of the enterprise is actually lower than 60% of the average monthly salary of the employees of this city in the previous year, the salary may no longer be reduced; it has default worker social insurance because of enterprise difficulty. B. Where the above measures have been implemented for half a year, the employers are still in deficit and the production and operation conditions have not improved significantly.”

Therefore, if the enterprise is go lay off according to "serious difficulties in production and operation" , it has the burden of proof. In view of the lack of uniform standards, therefore, it is recommended that enterprises should be careful to use this statutory cause for economic downsizing.If it is necessary to lay off employees in this way, evidence should be prepared in advance as far as possible, such as financial statements issued by third-party accounting firms, industrial and commercial annual inspection materials, audit reports, etc., to prove the annual and quarterly consecutive loss statements.

In the current economic situation, if the enterprise is indeed in difficulties, which through loans and other government relief methods still can not be alleviated, layoffs can be regarded as a way to save themselves.We also sincerely hope that the majority of corporate clients can resume production and operation at an early date, to ensure the basic interests of employees and enterprises.Welcome to inquire the team of Shanghai Nuo Di Law Firm, we have rich legal service experience of corporate clients, will escort you in this economic winter!