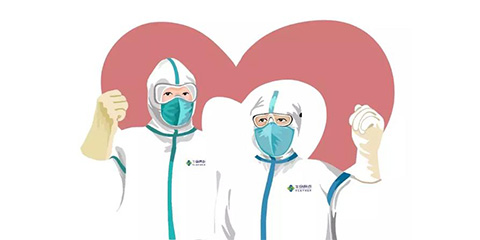 On March 13, 2020, The Boca Raton office of Berman Law Group in the United States filed a class action lawsuit against China in the Miami Chamber of the southern Florida Federal District Court  on behalf of four Florida residents and a baseball training center over the novel coronavirus outbreak.The lawsuit accuses China of failing to contain the virus and allow it to spread around the globe, causing casualties and other damage, and asks the court to order China to pay damages, possibly in the billions of dollars, to the maximum extent permitted by law, for all economic and non-economic damage caused by the virus in the United States.

It is believed by Shanghai Nuo Di Law Firm that during the global spread of the epidemic, all governments should gather all of the financial, human and material resources to learn from the advanced experience, adopt scientific measures to prevent and control the outbreak, avoid further damage and pay more attention to public health resources and living needs. It is not right to put the cart before the horse, with a improper litigation to attract eyeball and transfer of domestic contradictions.

It is a farce believed by Shanghai Nuo Di Law Firm based on the following legal analysis:

Firstly, the courts of the United States have no jurisdiction over the case. According to the principle of national sovereign immunity, the acts and property of a country are not subject to (or exempt from) the legislative, judicial or administrative jurisdiction of other countries, which is also the embodiment of the sovereign equality and independence of the state. Although the plaintiff of this case has quoted "business practices" and "personal injury" as an exceptions from the Act of Foreign Sovereign Immunity 1976 of the United States, but the epidemic prevention and control measures adopted by the Chinese government do not belong to the "business practices", and the damage to American residents has nothing to do with those measures, so the court has no jurisdiction of the case.

Secondly, from the perspective of obligations under International Law, a country has the obligation to take due care and take necessary measures to prevent its territory from being applied to the infringement of foreign interests. China's efforts in the prevention and control of the epidemic have been widely seen around the world, and the results have effectively controlled the spread of the epidemic in China. China has fully fulfilled the notification and cooperation obligations stipulated in the relevant treaties on epidemic prevention and control, which has been highly recognized by the WTO and other countries in the world. At the same time, China has also begun to make enormous contributions to the global fight against the epidemic. At the beginning, China donated materials and even sent medical teams to Italy, then the Korea and Japan, and on March 15 alone, China began to provide anti-epidemic assistance to Spain, the Philippines and Serbia.

Finally, from the perspective of substantive law, in order to prove whether the tort is established, it is necessary to prove at least that there is a tort behavior from China government, that American residents are harmed and that there is a causal relationship between the two. The truth is that the source of this new outbreak is still unclear in the medical community, but it certainly originated in nature and cannot be caused by the actions of the Chinese government. Since the discovery of human-to-human transmission, China has taken the strictest preventive and control measures in history at the expense of huge economic interests and people's freedom.Therefore, there is no cause-and-effect relationship between the damage suffered by USA residents and the actions of the Chinese government. On the contrary, the American people should be alert to the connection between the earliest outbreak of influenza in their own country and the current outbreak, and urge their government to actively prevent and control the disease, rather than neglect the essential factors.

There is an old saying in China: "行有不得，反求诸己”, which means Turn inward and examine yourself when you encounter difficulties in life. Pointing the finger at others is certainly not constructive. We all shall respect facts and laws. Every minute wasted on smearing and complaining would be better spent on enhancing domestic response and international cooperation.