In order to thoroughly implement the spirit of General Secretary Xi Jinping's important speech on July 1, adhere to and strengthen the CPC's overall leadership of lawyers, steadily promote the study and education of party history, further enhance the political function of lawyers, focus on the party organization construction of law firms, and promote the high-quality development of party construction in Shanghai lawyers' industry,  Lawyer Xu Wen, secretary of the Party branch of Shanghai Nuo Di Law Firm, attended a two-day training class for 2021 New Party Secretaries of Shanghai Law Firms held by the Party Committee of Shanghai Law Firm from October 29 to 30.  More than 100 party affairs workers and newly appointed party organization secretaries of law firms participated in the training. 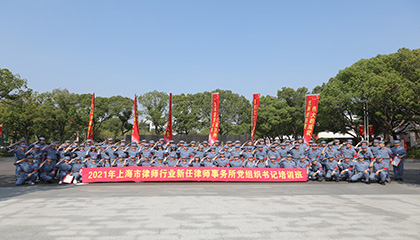 Guo Qingsong, former Vice President of the Party School of Shanghai Municipal Party Committee and Vice President of Shanghai Institute of Administration, brought a unique Party class to learn and implement the spirit of General Secretary Xi Jinping's Important Speech on July 1, and learn the background, importance and highlights of Xi Jinping's important speech on July 1.  General Secretary Xi Jinping's Speech on July 1 is a marxist guiding document of far-reaching significance. It is based on the important moment of the centenary of the CPC's birth and the crucial juncture at which the two centenary histories converge. It looks back on the glorious history and outlines a bright future.  Shanghai Nuo Di Law Firm lawyers led by the party branch secretary Xu Wen determined to seriously study the "July 1" speech, with which arm the whole party, and take history as a mirror to create the future.

The Director of the Municipal Party Committee Party School Tang Ying gave a tranining for students "Should-know Party Knowledge Training", which covers the Party's construction,  the basic functions of the Party branch, the basic tasks of the Party branch, and emphasis on "Three know-how and one lesson" system and Party branch secretary should do "four things" . The above contents pointed out the direction for the construction of the Party branch.  Cao Zhilong, Vice President of Shanghai Law Association, gave a special lecture entitled "Lawyer Practice Warning Education", requiring lawyers to practice legally and comply with the law and cherish the reputation of lawyers. Experts gave lectures on the theme of "Overall National Security Concept".  Experts will elaborate on the new national security system, the outline of the national security strategy and the strengthening of the national security law.  As a Party member, we should safeguard national security. Only our nation secured, our people can be safe. 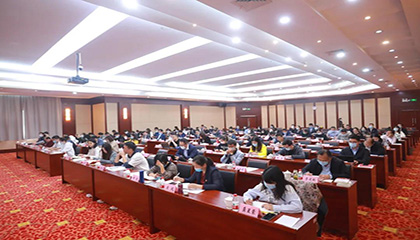 After the class, the Municipal Party Committee organized the students to carry out the "Red Mark" theme activities to learn Party history. The students grouped in uniform competition. A rich set of activities such as "Recruiting","Practising", "Support the front line" and “Passion years" and the reviewing of the oath to the Party not only let the students have the experience of a rare red, inherit the red gene,  it also cultivated their collective sense of honor and the concept of mutual cooperation, which laid a good foundation for the students to return to work and lead the team to carry out the Party building activities.

1. Be a political "wise man".  The lawyers of Shanghai Nuo Di Law Firm should improve their political standing, strengthen their political consciousness and enhance their political ability construction.  Give full play to the positive influence of the party branch secretary as the leader of the Party's cause.  Strengthen political belief, listen to and follow the Party.

2. Be a lawyer industry party construction "insider".  The lawyers of Shanghai Nuo Di Law Firm should strengthen the basic skills of party construction, enhance their working ability and maintain their determination to innovate.  Combining with the current situation and characteristics of the lawyer industry, we should innovate the form of party building, enhance the sense of gain of lawyers in party building activities, and cultivate more excellent party affairs workers who understand both party building and business.

4. Shanghai Nuo Di Law Firm party branch secretary should strengthen political quality, enhance the level of the party work and further improve the quality of the party's construction, guide the lawyers to firmly establish "Four Consciousnesses", "Four Confidence", resolutely do "Two Maintenance", unswervingly go the path of socialism with Chinese characteristics of the rule of law. We will make unremitting efforts to achieve the second Centenary goal and realize the Chinese dream of great national renewal. 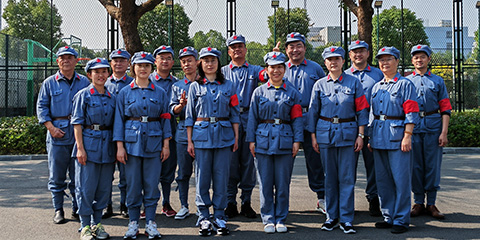